I am so blessed to be surrounded by so many creative and talented people!  I have learned so much from these wonderful friends and acquaintances, who always inspired to dig deeper into my own creativity.

I decided that it would be fun to share their stories in a series,  Stories From The Field. 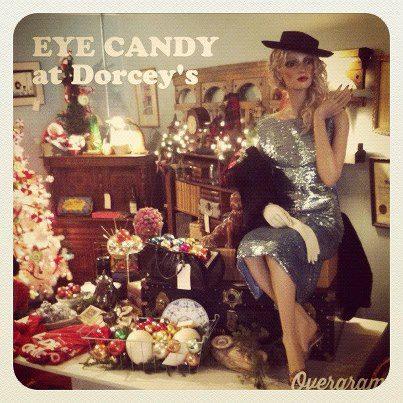 Business partners Kristie Herlong and Isaac Cohn are the creative force behind a brand new vintage clothing and antiques store in Urbana, Ohio.  Their love for vintage is on display at Dorcey’s in fun and quirky vignettes.  You can furnish your home with all sorts of funky retro finds and if you are looking for the “Mad Men” look, look no further. 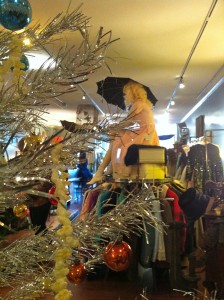 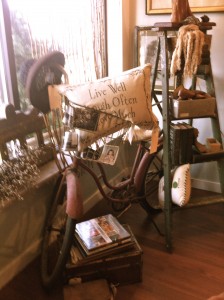 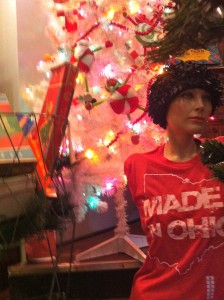 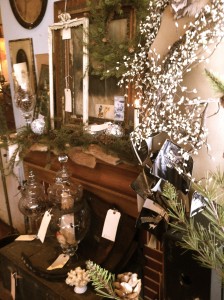 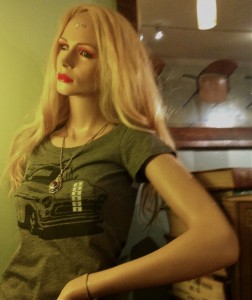 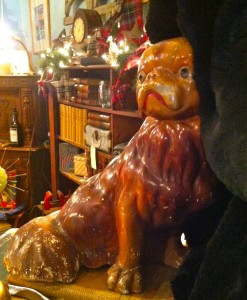 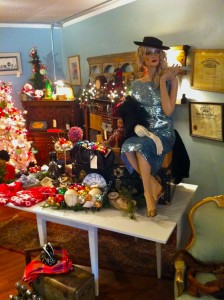 Kristie and Isaac’s individual stories are very different.  Kristie is a dedicated Mom to her little boy and works for the Union County Chamber of Commerce as an event coordinator.  Isaac is a Senior in high school who has been going to flea markets, garage sales and auctions his whole life. 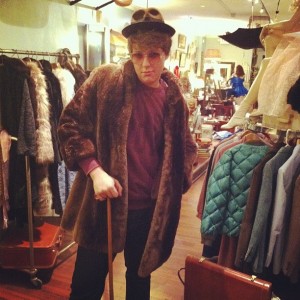 Yes, you read that right, Isaac is seventeen years old and one of the sharpest young entrepreneurs I’ve ever met.  For most of his youth, Isaac enjoyed going to flea markets and garage sales with his Mom.  He began his career as a junk mogul at fourteen years old selling vintage Christmas and specializing in Roseville Pottery at the Urbana Flea Market.  Isaac has a good eye for what people are looking for and has always set fair prices on his finds.  This has allowed him to develop great relationships with dealers at all the surrounding flea markets, who frequently ask him to look for items they are searching for.  Attending an auction these days with Isaac is like walking around with star power.  Isaac seems to know everyone and has become successful in the art of buying.  Recently, after winning the bid on an attic full of vintage clothing, he rented his first storage unit to store his growing inventory.  Although he had a popular booth at The Boston in Urbana, it had become apparent that Isaac needed a larger space to merchandise his wonderful vintage finds. 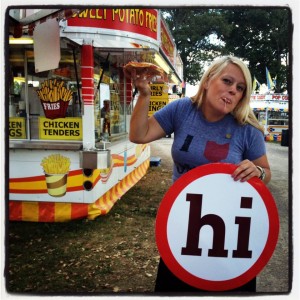 Kristie also grew up surrounded by the antique business.  Her mother, Gina, owned Gina’s Antiques in the first floor of their home in Brenham, Texas.  Although Kristie loved antiques too, she didn’t follow in her mother’s footsteps immediately.  Instead she pursued her love for the creative process by first attending The Art Institute of Houston and finishing at The Art Institute of Portland with a degree in Interior Design.  Following in her grandmother’s (Little Mamma) footsteps, Kristie moved to New York City to work as a Costume Designer in the film industry.  She soon discovered that she loved to write and direct films.  She even placed in the top 100 in the reality show On The Lot produced by Steven Speilberg, for the film she wrote, directed and produced, Wishing on Fireflies.  Eventually life brought her to Urbana, Ohio where she decided to try her hand as a shop owner.  The Green Owl specialized in hand made and vintage items and eventually added art and pottery classes.  Kristie and I got a wild hair in 2011 and founded Flown The Coop, setting up at several flea markets and hosting an infamous sidewalk sale in front of the Green Owl.  After my move to Houston, Texas , Kristie moved the Green Owl into The Boston, a three stories antique mall her mother Gina opened after relocating to Urbana, Ohio.  Kristie recently was hired by the Union County Chamber of Commerce, where she successfully revamped the Covered Bridge and Blue Grass Festival, adding a dinner on the Pottersburg Bridge and a nostalgic festival on the surrounding grounds.  Even though she has a job, Kristie’s talent rarely rests.  She began wishing for another store front to merchandise all of her creations. 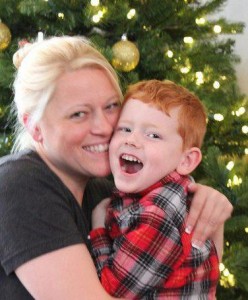 Side note:  We often laugh that Kristie is from Texas and moved to Ohio, while I am from Ohio and moved to Texas.  We are just so lucky that we became friends in the short time we shared Urbana as a hometown.  I learned the art of displaying merchandise and packing a truck from this chic! 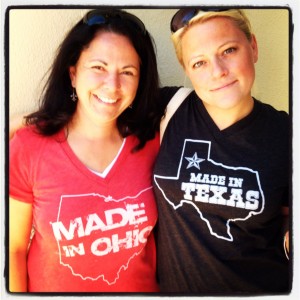 Kristie remembers meeting Isaac for the first time at the Urbana Flea Market where they traded vintage Christmas ornaments.  At that first meeting, she knew she had met a kindred spirit.  Over time Kristie and Isaac became friends, both having booths at the Boston and frequently setting up at flea markets together.  Eventually they discovered that they shared a need for a shop.  As a result, Dorcey’s is a wonderful mixture of Kristie’s touch and Isaac’s eye. 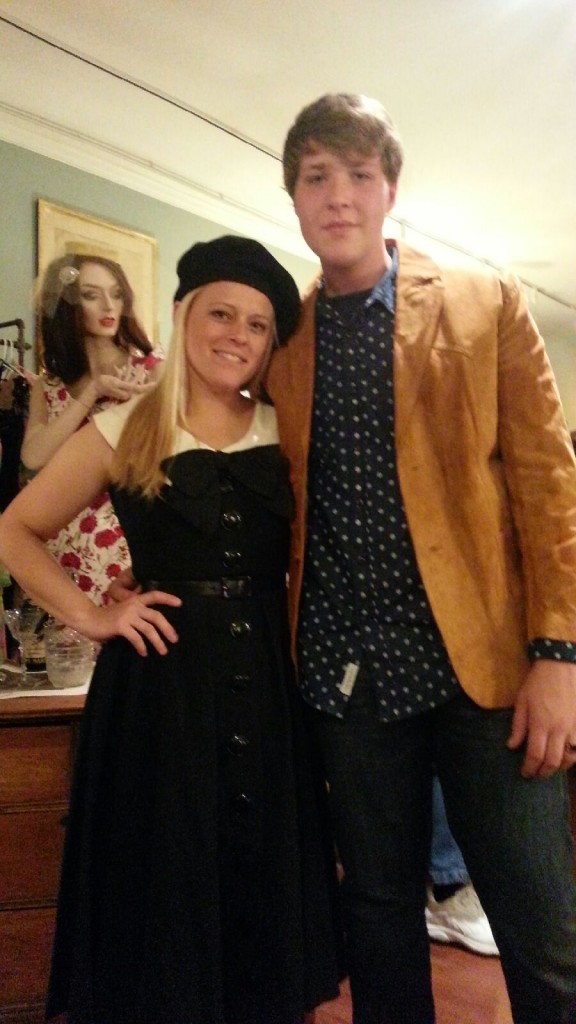 What an inspiring team!  I admire Issac’s youthful entrepreneurial spirit and Kristie’s determination to live her dreams.  I am so happy for their new adventure and know that Dorcey’s will be a HUGE success!!!!  If you pass through central Ohio, Urbana is an excellent shopping destination.  Make sure you stop into Dorcey’s and tell them Tiff from Flown The Coop sent you!

Stayed tuned for more Stories From The Field!  I have an abundance of friends I’d like to interview.  I am hoping their stories will inspire you to pursue what ever is on your heart to pursue!

4 thoughts on “Stories From The Field”

This site uses Akismet to reduce spam. Learn how your comment data is processed.